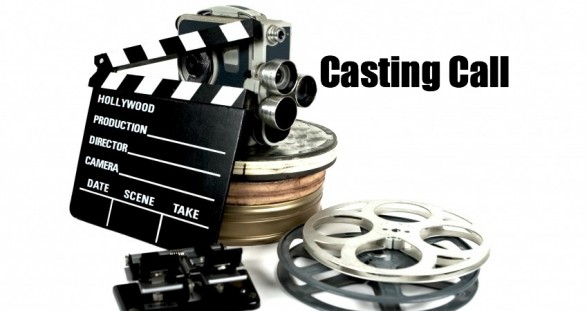 Third Culture Kid (3CK) is a dramedy which is based on conversations with strangers and telling the Diasporan tales. Third culture kids/individuals can also be referred to as cultural hybrids, cultural chameleons, and global nomads.TCIs are particularly adept at building relationships with other cultures while not possessing a cultural identity of their own.

TCK follows the story of Noku who herself is a TCK/TCI and right now she’s at a cross roads – whether to stay in London where she’s made a home for herself or return to the country of her birth. We get to meet Noku’s friends. Noku interacts with different strangers she meets in London who through their conversations they seem to help her make a decision with regards to her dilemma.

Noku is calm, compassionate, smart,funny, Calm, compassionate, very quick witted, funny, loving, kind. She loves her family and her friends are the family she has created for herself. She loves her friends very much. Keeps a small circle but they have a really strong bond. She cares about her appearance, she enjoys blogging, reading, cooking and baking – she is always hosting a dinner party or two.She works as a Social Media Manager so is savvy with Social Media and also a pop culture fiend.

LESLIE-ANN: THE CONSIDERATE ONE

She’s the peace maker which sometimes can be seen as straddling the fence. She is into her fashion and labels. She loves poetry, music and dancing. She cares a lot about her appearance and is the ‘label’ fiend one of the group. She’s the go-to-unsolicited critic.
Opinions on Noku’s Relocation : Straddles the fence and wants Noku to make her own decision.

Ben is a trendy, fashionable, trendy lawyer. He is quick witted, calm but also very protective. He is inquisitive. He has now quite grasped the ‘hair routines’ of Noku – throws in casual words like ‘twistout’, bantu knots, pre-poo – but maybe in wrong contexts. He loves Southern Africa,  family and family bonds. He has many African friends so is comfortable throwing in African slang, or expressions.  Wale and Jason are his close friends.

Wale’s the one who understands why Ben and Noku should move to Africa.
He supports their move and believes Africa needs their generation to make a difference.
Very strong character, funny, well travelled, is part of their group of friends, connected, fun group.  Wale is an entrepreneur, who is trendy, fashionable and pop culture savvy. He’s also Leslie-Ann’s fiance.

He’s the stranger that blends. He’s inconspicuous because he’s amongst a circle of friends but he is also the stranger with the voice. Has just returned to London after time in the States. He resonates with Noku’s feelings of confusion. He’s the voice of reason. He’s role is to make Noku understand that home is anywhere and she can still make a difference from afar. Making a change and an impact to one’s country of birth can still be done thanks to the global village connecting the world.
Very strong character, funny, well travelled, flirting with Samantha, likes Samantha

Bravado’s  a musician who has played with Beres Hammond. Has a great singing voice. Has knowledge of Zimbabwe and knows what has happened. Supports Robert Mugabe and hates the negative image the country suffers in the media.  West Indian twang.  His appearance is trendy – he is either sporting dreadlocks or wearing a hat. Loves Bob Marley. He is a very strong character, funny and playful. He is insightful and an educator.