The things that make the internet undoubtedly cool are also the things that make you reconsider whether the internet should exist. The internet and peoples use of it is a paradox. For every statement you could conjure up to defend the internet, there is one that crucifies it. Take social media platform, Twitter. Oh glorious connected Twitter with it’s growing contradictions. On the one hand you have a platform where social activism thrives in the form of twitter campaigns such as #BringBackOurGirls. Then you are easily reminded of how things can go oh so wrong, oh so quickly; especially when we remember the campaign attached to #Kony. 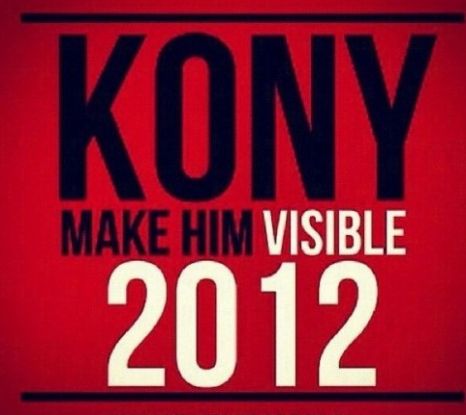 In the “black community” Twitter is a platform used to share black content freely, expansively and independently until it’s content of a “ratchet” nature pops it’s head in your mentions and on your timeline in which case you need to hide yo kids and yo wives. Via Twitter and various other social media platforms I have been able to find new African webseries, blogs, music and have discussions that particularly relate to me that would otherwise be passed over in the mainstream western media. I’m not naive to think that the internet and in fact any social media platforms found on it will be used without a glitch. It’s not always smooth sailing, I get that.
However there are always instances where I’m taken aback and even I’m rendered speechless. Eventually after a few years on these social media platforms certain instances and behaviours become normalised and often I become desensitized to it all. Father’s day is one such occurrence that on social media is quite frankly the most depressing time on most platforms none more so than Twitter. With up to the second bitter posts, stories and jokes about absentee fathers flying around it just makes the day seem like a complete joke. In contrast mothers day ensures my timeline is filled with sweet and appreciative tweets to mothers who have passed away, mothers who are alive and have played the role of mother and father, images of mother-daughter or mother-son brunches etc.

Now there is a new platform I fear will soon have it’s purpose distorted by some peoples wayward use of it. I was introduced to Kickstarter and indiegogo (crowd sourcing platforms) via Issa Rae‘s, Awkward Black Girl and Black & Sexy Tv crowd sourced funding campaigns. The idea that people would donate their money directly to independent content creators like Issa filled me with a joyous spirit. People werent as selfish as I thought. They just needed good content to get behind. Soon my timeline had a lot more tweets for crowd funding campaigns, some well thought out, others not so much but all had the same thing; an audience willing to part ways with their hard earned money to support the dream of a stranger.
Nonetheless he day that #FelonBae Jeremy Meeks mug shot went viral and I spotted a Go fund  me (a crowd sourced funding platform for personal campaigns) campaign page put up to raise money for his bail (A million dollars) I logged out of twitter and shut down my computer for the day. A day or two later when I logged back in to see that the page had raised $50,000 of the target, I decided to do some research. Surely Jeremy’s good looks were the only reason this was even gaining traction and dollars. But oh no I foudn more campaigns. Someone reminded me that even George Zimmerman during his legal troubles had set up a website to raise funds for his legal fees. In my research I found people raising funds for the usual charities but also for personal dreams (going to college, an upcoming wedding, a newborn baby). I think it’s lovely that personal campaigns are now utilising the internet to raise more funds for great causes.


However one has to wonder, the internet being the internet; the place where people get catfished more often than we know are personal crowd sourced campaigns or even business ones via kickstarter and the rest  good idea? Who is to say what a genuine campaign looks like or whether those involved are worthy of the monies being donated. Could I make up  a sufficient sob story to get enough people to donate to a campaign?

As crowd sourced campaigns grow in popularity, I hope that the number of people online with integrity also grows and in fact outgrows those thinking that these campaigns are prime opportunities to make a quick buck.