It is our civil duty to always share with you our dear readers the happenings on the innernets – well okay maybe not our civil duty but it is part of our manifesto. The Couple Season 2 is officially back, the greatness that is Chrisette Michele has dropped A Couple of Forever’s official video, Social Media Week happened in Lagos, Beyonce shared with us and so much more!

The one artist of our time I will always stan for! Chrisette Michele and I know you all do know how I love her, her voice, her style, her personality and everything else about her! I support  artistes not because of the numbers of albums they sell, not because their music is being tweeted about or on the blogs but on the basis of their talent – deliverables and not popularity is what I support and I would urge any true music lover to do the same.

Chrisette has also been sharing the Journey to Better and if you follow us on Twitter you know I ‘live-tweet’ as I watch.  Enjoy the first part and get to appreciate her voice. 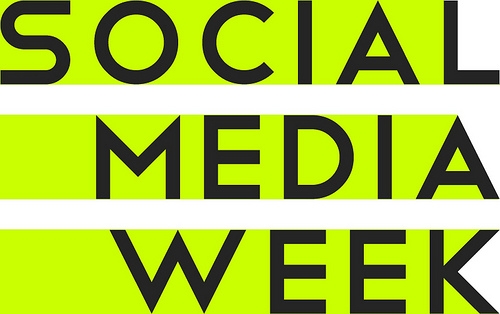 Social Media week has kicked off in Lagos, this is the first time Social Media Week takes place on the continent of Africa! Social Media Week Lagos is bringing together thought leaders, creatives, entrepreneurs and everyday citizens from Nigeria -and throughout the continent and the diaspora- to explore how people and organizations are connecting to share new ideas and information. The great thing – it is all being live streamed! Something very exciting about that! You can check out the schedule here

A friend of Chaud and contributor Funmi was also on the panel with SMWBorderless representing This Present House church talking on how the church is active on social media and helps to spread the word! Click here to watch.

Life is But A Dream – Beyonce’s ‘documentary’ aired on Saturday and those who were quick enough this side of the pond we got to watch it yesterday before HBO pulled the plug on all them videos available on the innernet streets (we just managed to get you part of the documentary). Now as a Beyonce fan – if you all remember I mentioned I stan for Chrisette and the next artiste was on a third position level seeing as a stan – Chrisette takes first and second position…third is Beyonce, I have her DVDs, named the I AM World Tour (video above) and also Elements of 4 and her deluxe albums ( so watching Life is But A Dream for me was like an extension of her previous DVDs only that this time JayZ featured more and we had Blue Ivy make an appearance, Beyonce being interviewed instead of more focus on her performances but I felt slightly swindled..but as some-one who has followed Bey I wasn’t all together disappointed.

Here are the highlights from the inspiring and revealing documentary:

Business and being polite…it doesn’t match. You can be fair.  But me being polite wasn’t me being fair to myself.  Now I’m learning how political things are.  A lot of the crazy things my father did were necessary.

Talking about JayZ We connected on a spiritual level.  It’s just a coincidence that he’s also an artist.  He’s taught me so much about being an artist.  I, like a lot of women, give up so much.  But he doesn’t….Having this baby made me love him more than I ever thought was possible.  It’s every woman’s dream to feel this way about someone.

Now you know at Chaud we love us some Chick and Dude! We have had them grace our covers, we had an exclusive interview with them and so having Season 2 back on our YouTube playlist was definitely a great thing to wake up to on the morning on 15th February 2013. This first episode sees the couple being on a date on Valentine’s day and end up seated next to another couple and well let’s say hilarity and shade ensues!

I swear when she did that whole ‘Set It Off’ and sang ‘What’s it gonna be’ I literally howled with laughed!

Loved the ending and everything about Season 2! Well done to Issa Rae

Another one from the Black&Sexy TV stable and we are already fans!

The AfriNolly Short Film competition is now under way you can check all the short films and documentaries up for nomination here and you can also vote for here . Here are our favourites.

The above documentary is actually genius – in comparing the resilience of the Zimbabwean people to the ‘chicken buses’.

This just had me laughing to no end!