If there is one thing that we are starved of in the UK entertainment wise is the presence of positive shows that aren’t the stereotypical ‘Top Boy’-esque show and the presence of a show with women of colour that we can relate to is next to zero and therefore a change on the digital scene will hopefully lead to a change on our TVs. One of these positive entertaining shows that is set to set the tone is Life of Hers

Life of Hers is a drama series reflecting the lives and friendships of four millennial women in a cosmopolitan city. It explores the complexities of life as a young woman of the African diaspora and some of the unique conflicts that can arise between inherited traditions and assimilated new cultures. 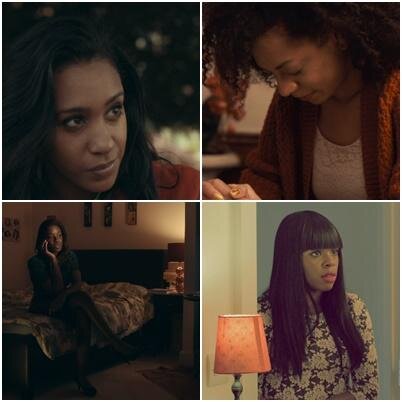 From choosing between the ‘stable’ career and the ‘creative’, between staying ‘true to yourself’ and conforming, to tumultuous relationships, sex and the different expressions of love, Life of Hers has something that everyone can relate to. We ask viewers to join Kaima, Hodan, Cassandra and Valentine as they navigate young adulthood and the ever-changing course of life.

Life of Hers was written by British-Nigerian writer Samantha Chioma, and was directed by the film duo Ola and Olan (Ola Masha and Olan Collardy), and produced by Waiki Harnais.

Season One will be released in July 2014, and production for Season Two will begin in the next few months. Please take a look at the series website, where you can find out more about it, the cast, the crew, and view some behind-the-scenes photos of the shoot: http://lifeofhersseries.tumblr.com/.

You can also keep up with Life of Hers via @LifeOfHersUk