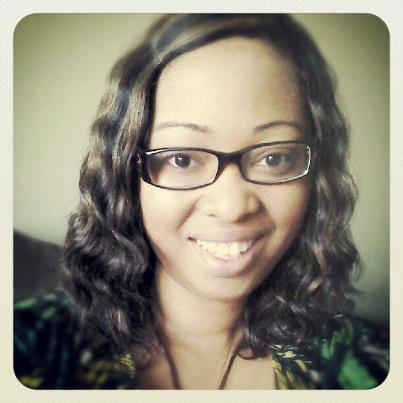 1. Please tell us a bit information about yourself?

My name is Jamie Broadnax.  I’m 33 years old and live in Virginia Beach, VA and have a cute beagle mix named Brandy.  In my spare time I enjoy live tweeting TV shows, reading, and writing.  I have an addiction to television that is beyond normal and fantasize constantly of being booed up with Jon B.  Well…maybe not constantly.

2. What inspired you to start Black Girl Nerds and for those readers of ours who don’t know – please tell us what Black Girls stands for and aims to do?

I started Black Girl Nerds for selfish reasons to be honest.  One morning at 2am I was curious to see if there were any blogs or websites about nerdy black girls.  I wanted to seek a place of solace for women of my ilk so I Googled “Black Girl Nerds”.  In the world’s
largest search engine I could not find an afterthought for the term. So it was that very day I decided to open up a new Blogger account and create Black Girl Nerds.

The mission of Black Girl Nerds is a place of solidarity among women of color to embrace and feel comfortable with their nerdiness.  I also include in my “Mission Statement” that this site is not exclusively for black women, I simply named it BGN because of the lack information and sites on the web about nerdy black women. Black women, non-black
women, and even men are just as much a part of the BGN family.

3. ‘Nerds are the new rockstars’ (this line was side in that Silicon Valley (reality show that was on Bravo), we have seen the ‘Dork’ ‘Nerd’ slogan t-shirts, the big glasses are now a fashion statement, sites like Black Girl Nerds, Blerdology being a nerd is no longer some derogatory term,  it has been reclaimed and redefined and is now a term of pride and group identity – however do we think when it’s moves into the fashion statement territory is
‘nerd’ losing it’s authenticity?

I’ve had this discussion and even did a podcast on episode 2 of BGN called “Fake Nerds”.  I think in some circles, there are people are capitalizing off of the acceptance of nerds in the mainstream and utilize it in the fashion industry by wearing coke bottle sized
glasses, suspenders, or outrageous nerd hipster wear.  To be honest, it doesn’t bother me.  However, I would hope that once the nerd trends die down and become passe that we are not judged, criticized, and ridiculed because of who and what we are.  Nerds should always feel accepted no matter what circles they choose to be a part of.

4. Do you think with time passing by and celebrities like John Legend, Aisha Tyler  we will soon see nerds on television who don’t look stereotypical (the cast of Big Bang Theory, the Urkels) but represent what we look like in our day to day lives?

Yes! I’ve gotten a couple of calls from production companies who are interested in doing a reality TV show about Blerds (Black Nerds).  I’m kind of over the reality TV formula that usually exploits for the sake of entertainment, but I have faith that blerdiness will be represented more in TV/Film.  Shonda Rhimes follows the BGN Twitter account, and I
don’t have the courage yet to DM her and say, “Hey Shonda I have an idea for a TV show…can I pitch it to you?”

5. What are some of the stereotypes of nerds that you actually aren’t?I’m really not that bright.  I consider to be marginally intelligent. I have a high-deficiency in Math and have no clue how to code or create scientific formulas.  I’m also not a hardcore comic con nerd. I’ve actually never attended a con event myself (mainly because I never had any friends who were into it) and the only comic books I’ve read were the ones as a kid.  I’m an embodiment of several different types of nerds all rolled up into one.  I think that’s why my blog is so diverse. 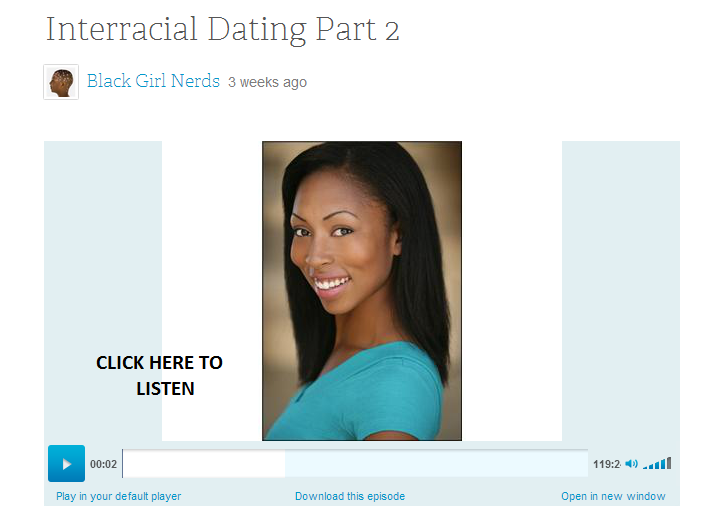 6. Your podcasts are very informative, entertaining, great conversation starters and cover different topics which are usually associated with being a nerd or blerd – interracial dating, Cosplay, Coding, Orphan Black and Game of Thrones – tell us what goes on into planning these podcasts and the behind the scenes work and the challenges?
I do several things.  First of all Twitter is my main source for feedback and I also get cues from followers about what discussions garner the most interest.  I also receive feedback from the BGN co-hosts about topics.  Shelly suggested interracial dating because she herself is married to a man of a different race.  So if a co-host or Twitter folower suggests a show topic, its usually one we choose to air.  I’ve picked a few myself, like the Cartoonmania podcast and the True Blood podcast.
7. What do would you say to a young black girl nerd growing up in this new age as it’s certainly most different from when we were growing up?
I would say to her to count her blessings.  This is a beautiful time not only to be a nerd, but to express your individuality and not be judged for it.  In the “olden days” we had to succumb to peer pressure and pretend to be someone we’re not to gain acceptance in our

respective communities.  Peer pressure still exists, but most people are more expressive about their idiosyncratic personalities and quirky behaviors and its truly a beautiful thing.

It’s only right we show this picture of Donald
8. Tell us your nerd crush?
Oh wow. I’ll be honest.  I have crushes on more non-nerds than actual nerds.  However, I think Donald Glover is absolutely adorable and I freakin LOVE Key & Peele.  Those guys are cute, funny, and nerdy—which is the perfect combination!
9. Man of Steel is out – which got us thinking of super powers – if you had one super power what would it be?
I would love to have the ability to fly like Storm along with the power of telekinesis and the ability to read minds like Jean Grey. Those superpowers would be awesome!
10. Tell us 3 fun facts about you!

I love writing screenplays (when the time allows)

Editor’s Blurb: If you’re not already following BlackGirlNerds on Twitter please do so NOW!!

2 thoughts on “Conversations with a Black Girl Nerd”